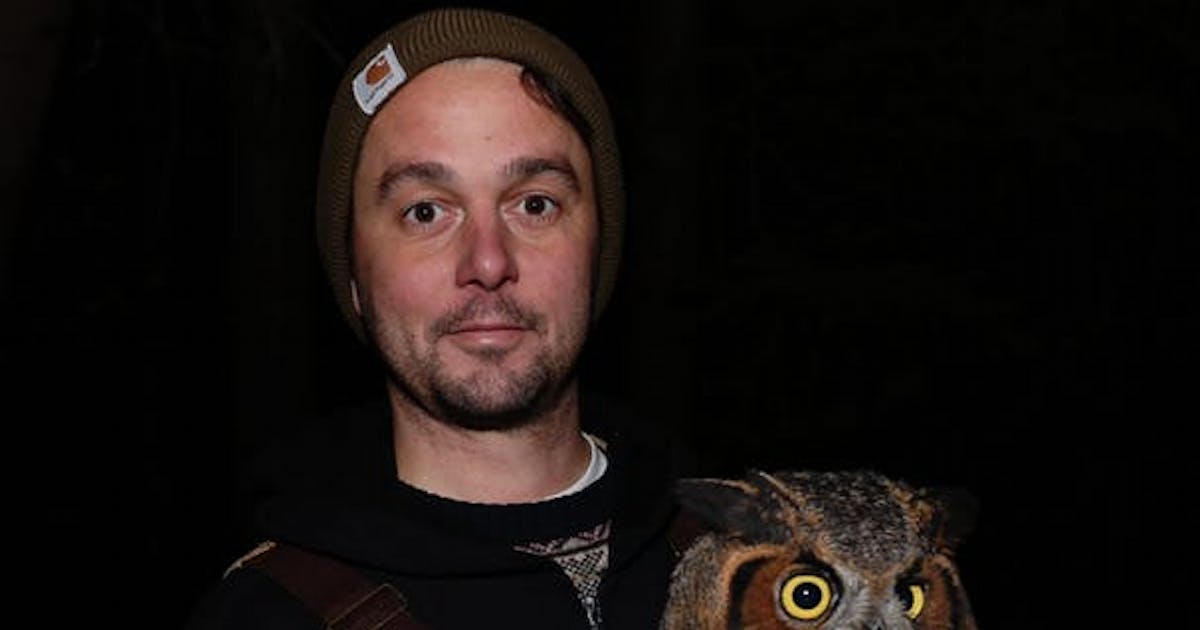 Andy Witchger suffered several concussions while playing high school, college and recreation league soccer. The last one left him so stunned and listless that he couldn’t get out of bed. When he finally did, nature and photography led the 38-year-old out of the darkness.

“I wanted to win those state championships in soccer, or I wanted to graduate from college, or finish my master’s degree, or get my teaching job, win that award.

“And after that [final concussion] happened, none of that seemed to matter in any way to me anymore. I just started paying more attention to what was around me, and started living in that setting, rather than living in myself.”

Witchger, the oldest of four in a Navy family, bounced around the country his entire childhood until finally landing in Edina for his freshman year. He was in his late 20s when a concussion and mini-stroke left him bedridden for a month. To recuperate, he started walking around Minneapolis’ Lake Harriet. Slowly.

“It was just as the bird migration was starting and I’d sit on a bench resting, trying to let my dizzy spells go away, and I started to notice things I’d never seen before,” he said.

“The first powerful experience I had was when I saw a scarlet tanager, which isn’t the rarest of birds, but it’s not a bird you see very often.

“Something just kind of clicked,” he said. “So as I walked from then on, I started to look more and more for the birds.”

He bought a cheap camera, but soon realized that “taking a picture of a little bird is one of the hardest things you can ever do. I really had no idea what I was getting myself into.”

After wandering around for a while with his “crappy little camera,” he upgraded to a better camera and lenses.

“For maybe a month in my life, I was [re-]learning to walk, regaining some endurance and ability to function in society, and I was doing that by walking around the lake and snapping those pictures and going on my little scavenger hunts through the bird books trying to figure out what it was that I saw.”

He took courses in photography and a naturalist course at Sugarloaf Cove Nature Center, where he started volunteering and catching, banding, releasing and recapturing birds. He got hooked on the education and conservation aspects of his newfound therapy.

His own journey was inspired by witnessing tiny birds making their thousands-of-miles round-trip treks.

“It was really peaceful, and it just opened these whole new worlds,” he said. “I realized I had this hole in my life to fill, because sports had been my life. I started hiking, I started fly-fishing, and during that time I started birding more and more.”

He returned to teaching and started taking courses and researching at Sugar Loaf, Wolf Ridge Environmental Learning Center, and Hawk Ridge Bird Observatory. What’s more, his budding photography skills made him an in-demand concert photographer for First Avenue and the State and Orpheum theaters.

“I love teaching, I love the outdoors, and then just the fact that I got to be outside after what had been such a crisis for me, it kind of saved me,” he said.

“The larger parts of my identity were gone. My friends that I made through soccer, I wasn’t seeing them. All of this was gone from my life and I needed to fill it in, and I found something that made me so happy, something that I probably would have made fun of maybe a decade before.”

Now many of Witchger’s nights are spent in the woods of northern Minnesota, catching, tagging, photographing and researching owls.

“Owls, as I’m sure most people are aware of when you see one, it’s almost like a religious experience,” he said. “They’re really only active at night, and you’re lucky to actually see or hear one. When you’re doing the research, [at] Hawk Ridge for instance, we catch on average 1,200 owls a fall. So last season, I was working there and a couple of nights, I caught over 100 in a single night.”

Catching the owls — great horned, long-eared, barred, northern hawk, boreal, and more — “takes a lot of training and a lot of practice. You’re out there with your nets, you catch them, you band them, and let them go. When you see them, their faces are so charismatic. It seems like they all have different personalities. Some of them look angry, some of them look happier, like they’re laughing at you.”

When he’s out there alone with the owls, does he ruminate on what led him there?

“It was never intentional; it was never a goal of mine,” he said. “None of these things were. But they all just kind of filled this empty space in my life that existed. They’ve probably been my biggest sources of joy. When you deal with a traumatic brain injury, your energy levels disappear, your desire to be social disappears. I’m an introvert to begin with, so there was almost nothing else to get me out of the house and to make me feel like I was involved in society other than that research or going to take pictures.

“That really got me through some dark times, because another side effect of a traumatic brain injury is depression and anxiety. So, physical activity is going to help you. And then just those amazing experiences that you get seeing a new species, hiking a new trail, seeing a band playing an amazing set — all of those things give you that jolt that you need to carry you on to the next thing.

“If it wasn’t for those things, I can’t imagine where my life would be right now.”