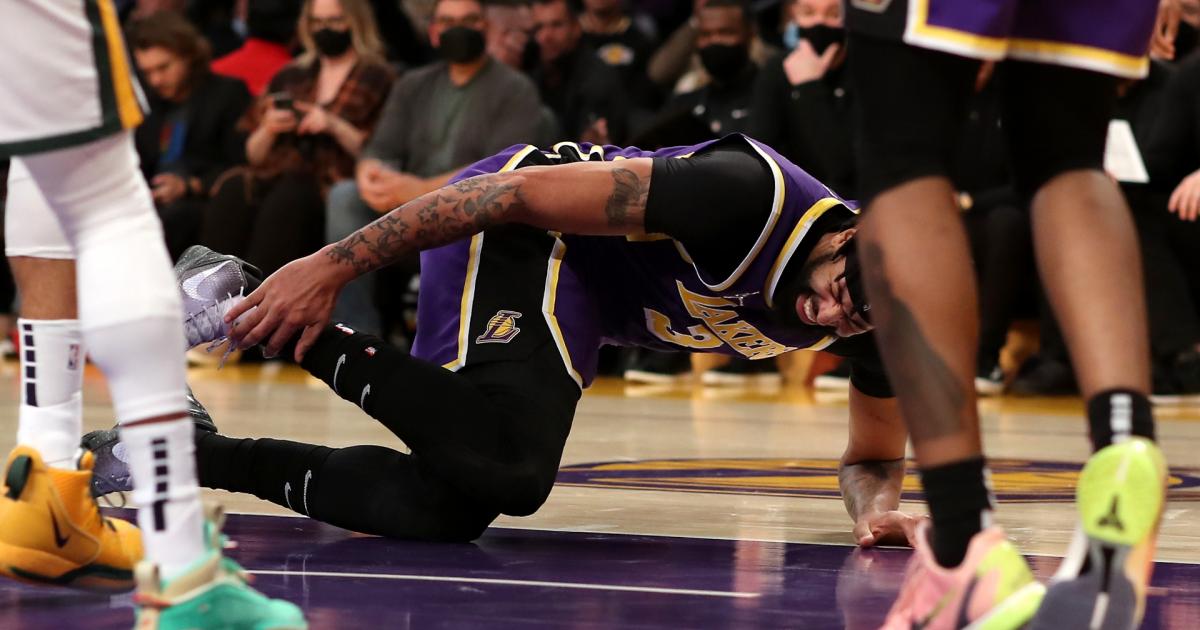 The Lakers continue to be without Anthony Davis. In the team’s win over the Jazz on Feb. 16, Davis left the game late in the second quarter after turning his right ankle. He has been sidelined since without a clear timetable for return.

Davis has appeared in 37 of a possible 62 games this season. The Lakers are 17-20 with him compared to 10-15 without him. With so little time remaining in the regular season, will the Lakers see AD hit the court again this season? That remains to be seen, but one thing is for sure, the NBA and its fans benefit when the Brow is on the floor.

Here is a timeline of Davis’ injuries, plus the latest on when he could return.

— Dec. 10, 2021: Davis missed the Lakers’ game against the Thunder with a sore left knee. Lakers head coach Frank Vogel said he doesn’t “really know exactly what the next steps are other than the medical team just said we want to find out exactly what it is before we put him out there.”

— Dec. 17, 2021: Davis left the Lakers’ loss to the Timberwolves in the third quarter with a left knee injury following a collision with Jaden McDaniels.

AD limped back to the locker room after McDaniels fell into his left knee. 🙏 #LakeShow https://t.co/32dvv9YHjS pic.twitter.com/Xwa8h1xVzh

— Dec. 18, 2021: The Lakers announced that Davis had suffered an MCL sprain and would be re-evaluated in four weeks.

— Jan. 14, 2022: Davis participated in an individual on-court workout, leading to optimism that he could return near the end of the month of January.

— Jan. 25, 2022: After missing 17 straight games, Davis returned in a win over the Nets, finishing with eight points, four blocks, two rebounds and two assists in 24 minutes.

— Jan. 28, 2022: Davis sat out a matchup against the Hornets with a wrist injury suffered in a loss to the 76ers the previous night.

In just his second game back from an MCL sprain, Anthony Davis has a large wrap on his wrist early vs. Sixers. 😳

Lakers say he is available to return. pic.twitter.com/8se8O9jydm

— Feb. 16, 2022: In a win over the Jazz, Davis turned his right ankle after catching a lob pass from Malik Monk. He had to be helped off the court by his teammates. X-rays revealed no fracture.

— Feb. 17, 2022: The Lakers announced that Davis had suffered a mid-foot sprain and would be evaluated again in four weeks.

Vogel said the Lakers are still expecting Anthony Davis to return this season, but can’t forecast anything ahead of his re-evaluation that is set to be about four weeks after the injury occurred (Feb. 16 vs. Utah).