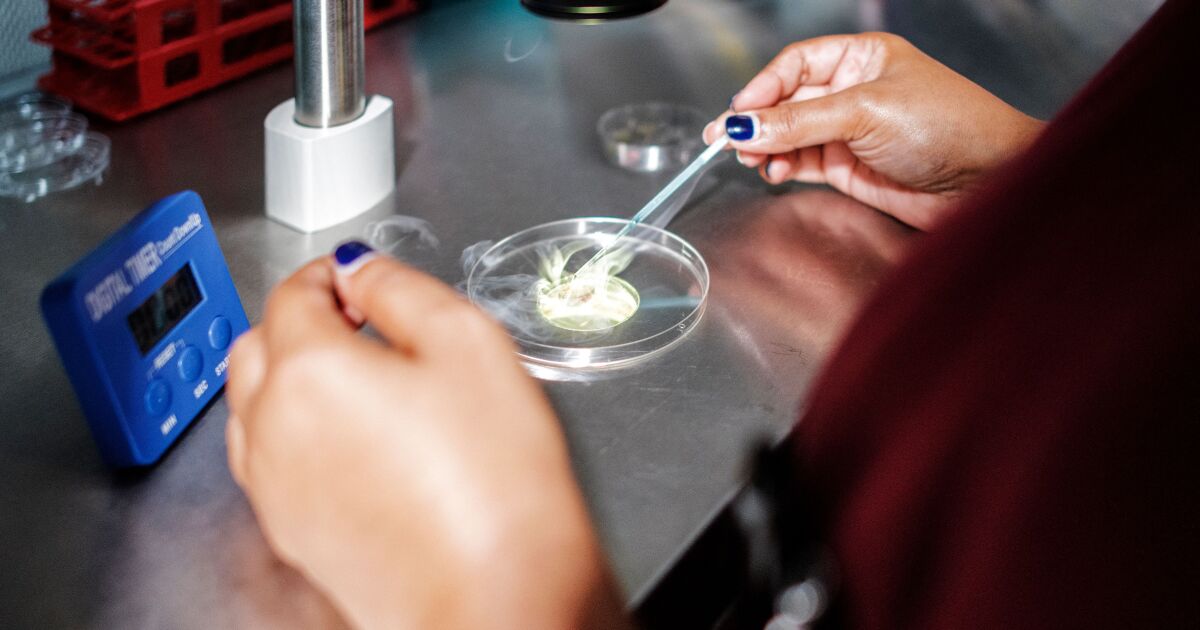 IVF Is Expensive. Should Insurers Be Required To Cover Costs In California?

California legislators are debating whether health insurers should cover the costs of infertility treatments. This includes in vitro fertilization, a type of Assisted Reproductive Technology (ART) that can be incredibly expensive. According to CalMatters, 17 states already have laws that include in vitro treatments, but California is not one of them. AB 2029 from Assemblymember Buffy Wicks (D-Oakland) would also expand the definition of infertility. That would allow more people to be diagnosed and treated. Dr. Richard Paulson, professor of obstetrics and gynecology and chief of the division of reproductive endocrinology and infertility at USC and Dr. Jessica Chan, assistant professor of OB GYN in the division of reproductive endocrinology and infertility at Cedars-Sinai, join guest host Austin Cross to discuss the legislation and the broader impact of infertility on patients and families.

“Buy Now, Pay Later” Is Growing In Popularity, Especially Among GenZ, But Is It A Viable Alternative To Credit?

In the past, If you wanted to buy something small without paying the full cost upfront, you had one real option: credit cards. But in the past few years a new crop of “buy now, pay later,” companies has emerged to disrupt the credit card space by offering the same service, but simplified. Most buy now, pay later platforms offer consumers the option to split a purchase into a series of four or more payments, with many charging no interest. These platforms have exploded in popularity, with Americans spending more than $20 billion through these services in 2021 alone.

While opening a new line of credit results in a hard inquiry on your credit history to show your ability to handle the new debt, most buy now, pay later platforms require no credit check. This allows anyone, regardless of the amount of consumer debt they already own, to take on more debt without having to prove their ability to repay it. In a recent survey by polling site Pipslay, 43% of Generation Z respondents said they had missed at least one buy now, pay later payment.

As We Look Ahead To The June Primary, We Focus On The Issues On The Minds Of Southern Californians. Today We Zero In On Systemic Racism

The June primary is four weeks from today, and mail-in ballots are starting to arrive at homes. Here at KPCC and LAist, we’re shifting the focus of our political coverage away from politicians and toward voters. To that end, we asked listeners and readers to tell us what’s important to you this election season, and the questions and comments we received fell largely into four key topics, what we’re calling “destiny issues”: housing and homelessness, systemic racism, equitable economies, and education. So here on AirTalk, we’re spending the month before the primary drilling down on each of those four areas. Today, on the show, guest host Austin Cross speaks with California Reparations Task Force Chair Kamilah Moore, who is also an attorney and justice scholar and KPCC and LAist reporters Josie Huang and Jackie Fortiér about racism in L.A. County. Tomorrow and Thursday we’ll take a closer look at other aspects of the issue.

As part of KPCC/LAist’s Voter Game Plan, we’re introducing you to the candidates for L.A. Mayor and Los Angeles County Supervisor (District 3). You can watch archived conversations and find information on upcoming interviews here.

In our continuing series looking at the latest medical research and news on COVID-19, Larry Mantle speaks with Dr. Kimberly Shriner, director of Infectious Disease and Prevention at Huntington Hospital in Pasadena.

Funeral Homes, Cremation, And The Last Tweet – How The Death Industry Is Changing

The pandemic has changed a lot about the very fabric of our society. Some of those changes are obvious – like the sudden rise in remote work and the ways we practice social distancing. Some of the changes are less obvious – like our new cleaning habits, or the ways we travel, giving up the shared spaces for the comfort of our own cars. And other changes are still revealing themselves, one of them being the way we talk about, experience, and plan for death. Death has been, and still is, taboo, especially in American society. But for the past few years, as people young and old begin to reckon with their own mortality, the death industry has seen a demand for more personalized end-of-life services go up. Now, you can schedule your last post-mortem tweet, pressurize your ashes into diamonds, or even host an exit party, which is a gathering for loved ones to offer their goodbyes to the dying but not yet dead. The point of all this isn’t to necessarily make death palatable – death is hard no matter what – but to make death more approachable, both in how we plan for it and how we make space to talk about it.

Today on AirTalk, we’re joined by mortician and founder of The Order of the Good Death, Caitlin Doughty, co-founder of Solace Cremation, Keith Crawford and professor of urban planning and history at USC and author of “The Last Great Necessity: Cemeteries in American History” and “Is the Cemetery Dead?”, David Charles Sloane.