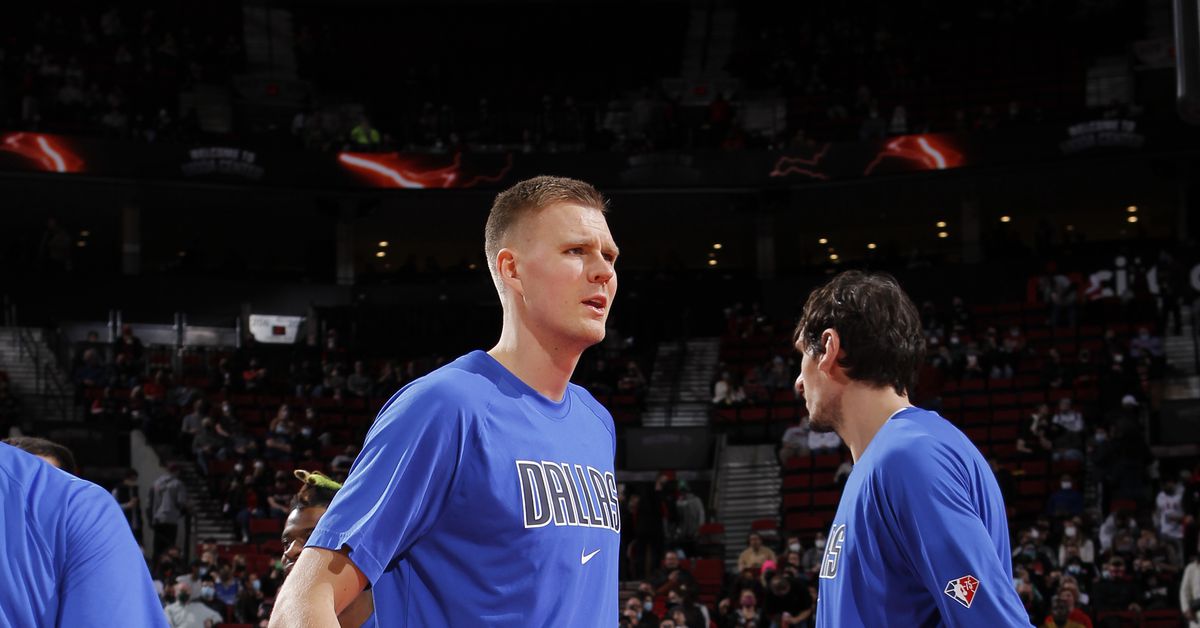 It’s a nine-game slate Friday in the NBA, featuring two national TV games with Cavaliers-Hornets kicking things off on NBATV and 76ers-Mavericks closing things out on ESPN. The injury report is starting to get shorter but still features some prominent players who are certain to impact the standings once they get back on the court.

Darius Garland (back) OUT

With Garland being ruled out again, look for Rajon Rondo, Brandon Goodwin and Cedi Osman to be the primary ball-handlers for Cleveland Friday.

Update – Hayward has checked out with conditioning, so he’s good to play Friday. That’ll likely eat into P.J. Washington and Kelly Oubre Jr.’s roles, although the latter has been getting big minutes off the bench.

Hayward cleared protocols Wednesday but didn’t suit up. If his conditioning is good, he’ll likely start and take minutes away from Kelly Oubre Jr.

Cunningham missed Thursday’s game with this injury. If he sits again, Cory Joseph and Killian Hayes continue to be value plays in fantasy/DFS lineups.

With the Pacers down some bigs, look for Torrey Craig to operate as a center in small-ball lineups. Indiana will likely start shooting a ton of threes once again with limited frontcourt personnel, so Chris Duarte and Justin Holiday are strong plays in fantasy/DFS contests Friday.

Zach LaVine (back) OUT
Coby White (groin) OUT

Update – LaVine has been ruled out, so that boosts DeRozan and Dosunmu in fantasy/DFS lineups. White would also be a good play if he does suit up.

Update — LaVine was just named to the All-Star team and is questionable to play on the second night of a back-to-back. If LaVine and White sit, Ayo will be a chalky play and DeRozan gets a nice bump in a good matchup. Nikola Vucevic becomes a very appealing GPP play.

LaVine played through the back injury Thursday, but the Bulls are going to be cautious with their All-Star guard given the other injuries they have in the backcourt. If LaVine doesn’t play, Ayo Dosunmu and Coby White will get additional run.

Update – Outside of Gallinari, all the Hawks players above are available for Friday’s game. Young, Hunter and Collins are likely to start while Williams should get some minutes off the bench.

Update – Collins is available for Friday’s game, so the shoulder is not a big issue. He’s in line to start, making him a solid fantasy/DFS option in the frontcourt against the Raptors.

Update – Collins has been downgraded to questionable, while Gallinari is out with a hamstring issue. Kevin Huerter and Bogdan Bogdanovic should see more minutes. With Williams also questionable, there’s a chance we see more of Delon Wright again.

Young and Hunter did suit up Thursday, so we’ll see if the Hawks opt to give them a break Friday. Collins suffered a shoulder injury late in Thursday’s win, but it seemed like he could’ve returned if Atlanta needed him. Clint Capela would be in line for big minutes if Collins cannot go but the starter plans on playing.

Update – Both Murray and McDermott are off the injury report, so they’re fine to play in DFS lineups Friday. Walker has been ruled out, so that likely elevates McDermott a bit as a value option. Devin Vassell loses some creation opportunities with Murray back in, while White should retain his projections. In a big twist, Poeltl is also off the injury report and will be the lead big man for San Antonio.

The bigs are out, while Murray and McDermott likely remain questionable. If they sit, Derrick White, Devin Vassell and Lonnie Walker are the players likely to be picked up in fantasy/DFS contests.

Update – Clarkson has been ruled out, so we can roll with O’Neale as a value option in fantasy/DFS lineups.

Mitchell has been cleared and is good to go. Gobert is still out. With Clarkson potentially out, Royce O’Neale and Rudy Gay continue to have value in fantasy/DFS formats.

Harden has unexpectedly been ruled out for Friday’s game with a hamstring injury. He was previously dealing with a hand strain but appeared to move past that. This hamstring has been an issue for Harden from time to time, and it’ll keep him out Friday. Look for Kyrie Irving, Patty Mills and Cam Thomas to be major factors for Brooklyn in this game.

Update – Hart has been ruled out, so Alvarado and Alexander-Walker will get more minutes Friday.

Hart is questionable with a knee injury. If he doesn’t play, Jose Alvarado and Nickeil Alexander-Walker likely get more minutes against the Nuggets.

Update – Gordon has officially been ruled out, so both Jeff Green and JaMychal Green are solid fantasy/DFS options to plug in his place.

Update – Gordon has been downgraded to questionable, so clearly he’s still dealing with some pain. Jeff Green will be in line for more minutes if Gordon sits.

Both players are technically not on the injury report, but they missed time with these injuries earlier in the week. Expect both to play Friday.

Update – Curry will play and is a strong fantasy/DFS option given his shooting ability. His presence drops Niang down a bit, although the Sixers will still need him with Korkmaz out.

With Curry questionable and Korkmaz out, Georges Niang becomes the strong value play for the 76ers.

Update – Kleber has been ruled out with a knee issue, so Powell gets a big boost in fantasy/DFS lineups as a value play.

Porzingis continues to be sidelined with the knee injury. Dwight Powell and Maxi Kleber are value plays in the Mavericks frontcourt, but the real star on this team continues to be Luka Doncic.

Robinson-Earl, who was averaging 24.7 minutes per game over the last 12 contests he played in, will be out at least six weeks with a foot fracture. Mike Muscala likely gets most of these minutes with Robinson-Earl sidelined.