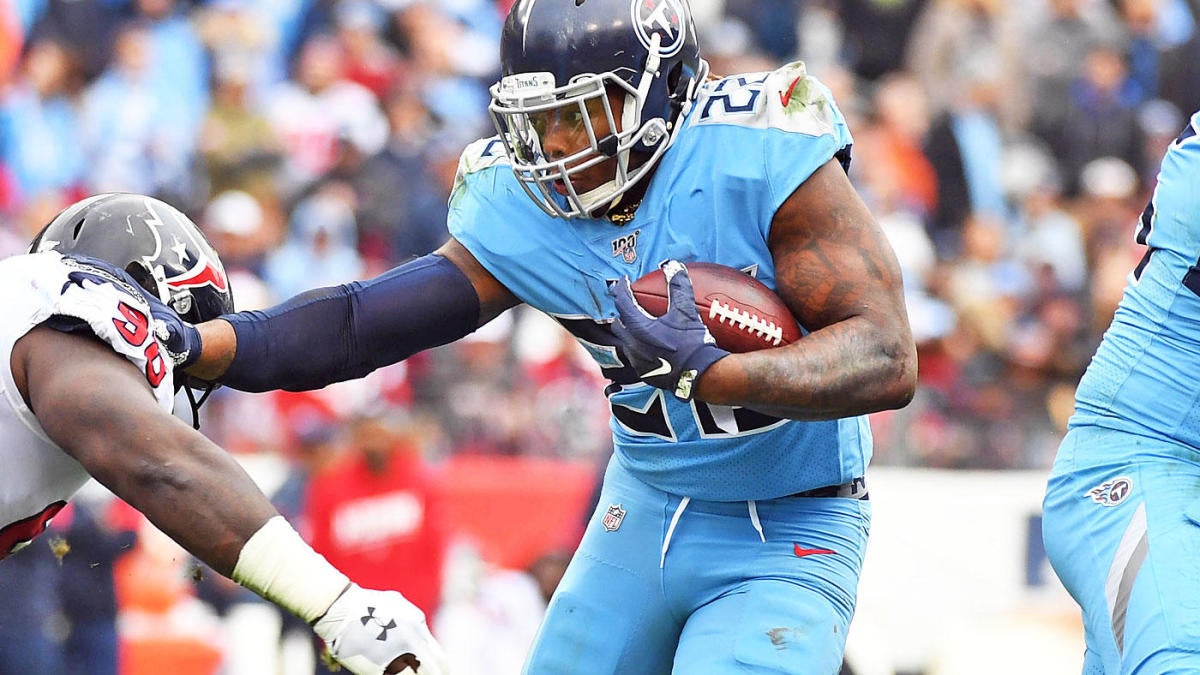 Believe it or not, the divisional round of the 2021 NFL playoffs are upon us. The NFL’s longest season is down to seven games to determine which team will hoist the Vince Lombardi Trophy in Los Angeles on Feb. 13. Four of those games will take play in this weekend’s divisional round, as the Bengals, Buccaneers, Bills, Chiefs, Packers, Rams, Titans, and 49ers vie to keep their respective seasons alive.

Per usual, injury reports are one of the main headlines leading up to this weekend’s games. And one of the main injury storylines involves Titans start running back Derrick Henry, who is hoping to be back on the field this weekend after missing the second half of the season after suffering a foot fracture.

Below is the latest update on Henry as well as injury updates from each divisional round matchup. All odds are courtesy of Caesars Sportsbook.

The Bengals’ first playoff win in 31 years did not without a cost, especially on their defensive line. The team placed tackle Larry Ogunjobi on injured reserve after injuring his foot. In a corresponding move, the Bengals picked up fellow tackle Zach Kerr off of the Cardinals’ practice squad. An eight-year veteran, Kerr played in seven regular season games this season while splitting time with the Cardinals and 49ers.

Cincinnati also lost Pro Bowl defensive end Trey Hendrickson on Saturday after he was placed in concussion protocol. However, Hendrickson was limited Tuesday and a full participant Wednesday, so it appears he will be good to go for Saturday’s game. Wide receiver Stanley Morgan (hamstring) and defensive tackle Josh Tupou (knee) were the only limited participants for the Bengals on Wednesday.

For the Titans, their former All-Pro running back cleared the first major hurdle in his quest to face the Bengals in Saturday’s game. The two-time NFL rushing champion, who hasn’t played since breaking his foot in Week 8, endured contact while going through drills during the individual portion of Tuesday’s practice, via ESPN’s Turron Davenport. The Titans want to see Henry participate in the remainder of the team’s practices before making a decision on his status for Saturday’s game. The Titans expect to make a decision on Henry’s status on Friday.

“It has been a while since he has had contact,” Vrabel said of Henry, who was designated to return to practice from injured reserve on Jan. 5. “We will have a week of work, see how he feels, and make a decision.”

Defensive tackle Teair Tart was limited Wednesday with an ankle injury, while cornerback Jackrabbit Jenkins (ankle) and pass-rusher Derick Roberson (not injury related) were not seen at practice. NFL Media’s Ian Rapoport reported that it “sounds like” Jenkins should be “OK.”

Thanks for signing up!

Keep an eye on your inbox.

There was an error processing your subscription.

Jimmy Garoppolo is expected to play through significant pain against the Packers. The 49ers’ quarterback is dealing with a torn ligament in his right thumb and a sprained shoulder but was a full participant in practice on Wednesday. 49ers coach Kyle Shanahan said Garoppolo sustained the shoulder injury during the second quarter of Sunday’s wild card playoff win over the Dallas Cowboys. Garoppolo acknowledged after the game that the injury impacted his throws during the 49ers’ 23-17 victory.

49ers pass-rusher Nick Bosa was a limited participant as he works his way through the league’s concussion protocol. Bosa sustained the injury during the firs half of Sunday’s game against the Cowboys. Defensive lineman Jordan Willis limited as he is dealing with a high ankle sprain. Linebacker Fred Warner (ankle) was a full participant after starting the week limited. Cornerback Ambry Thomas (knee) and linebacker Marcell Harris (Achilles) were limited.

Packers coach Matt LaFleur is expecting to have receiver Randall Cobb back on the field for Saturday’s divisional round game against the 49ers. Cobb has not played since reportedly undergoing core muscle surgery after getting injured during the Packers’ Week 12 win over the Rams.

In other Packers injury news, LaFleur said that practice will determine David Bakhtiari’s availability for Saturday. The three-time Pro Bowl offensive tackle made his season debut in Week 18 after being activated off of the team’s reserve/PUP list in November. He has been working his way back from a torn ACL injury that was sustained during practice prior to the Packers’ final game of the 2020 regular season. He was a limited participant in practice Wednesday after sitting out Tuesday. Joining him as a limited participant was cornerback Jaire Alexander due to a shoulder injury.

A player to keep an eye on moving forward is wide receiver Marquez Valdes-Scantling, who is battling a back injury. He was limited Tuesday, but sat out altogether Wednesday.

The Rams conducted a walk-through on Wednesday, and three players were estimated to be nonparticipants: Running back Buddy Howell (hamstring), safety Taylor Rapp (concussion) and offensive tackle Andrew Whitworth (knee). Per Stu Jackson of the Rams’ official website, head coach Sean McVay said Whitworth has “some swelling in that knee and that ankle.” He also said it’s a “miracle” the injury wasn’t more serious, but he hasn’t been ruled out for this weekend just yet.

The Rams that were estimated to be limited participants on Wednesday were wide receiver Brandon Powell (ribs), linebacker Troy Reeder (ankle) and wide receiver Ben Skowronek (back).

For Jensen and Wirfs, Buccaneers head coach Bruce Arians said he likely won’t know the status of either player for Sunday’s game until later in the week.

“As tough as he is, I think there’s a chance (of him playing Sunday),” Arians said of Wirfs, via the Tampa Bay Times. “He’s in a boot right now. I think he and Ryan are probably going to go all the way to Friday before we know anything true. So we’ll just have to wait and see.”

Tampa Bay also had several limited participants in practice on Wednesday. Those were running back Giovani Bernard (hip/knee), linebacker Lavonte David (foot) and offensive tackle Josh Wells (quadriceps). Running back Leonard Fournette could make his return this week, but Arians said it’s still “wait and see” with him, per Greg Auman of The Athletic.

For the Bills, defensive end Mario Addison was the only player listed on the team’s injury report. He’s dealing with a shoulder injury, and was a limited participant Wednesday.

The Chiefs had two players sit out of practice Wednesday, as cornerback Rashad Fenton is nursing a back injury while running back Darrel Williams is dealing with a toe issue. Running back Clyde Edwards-Helaire (shoulder), wide receiver Tyreek Hill (heel) and cornerback L’Jarius Sneed (knee) were listed on the injury report as well, but all three were full participants.