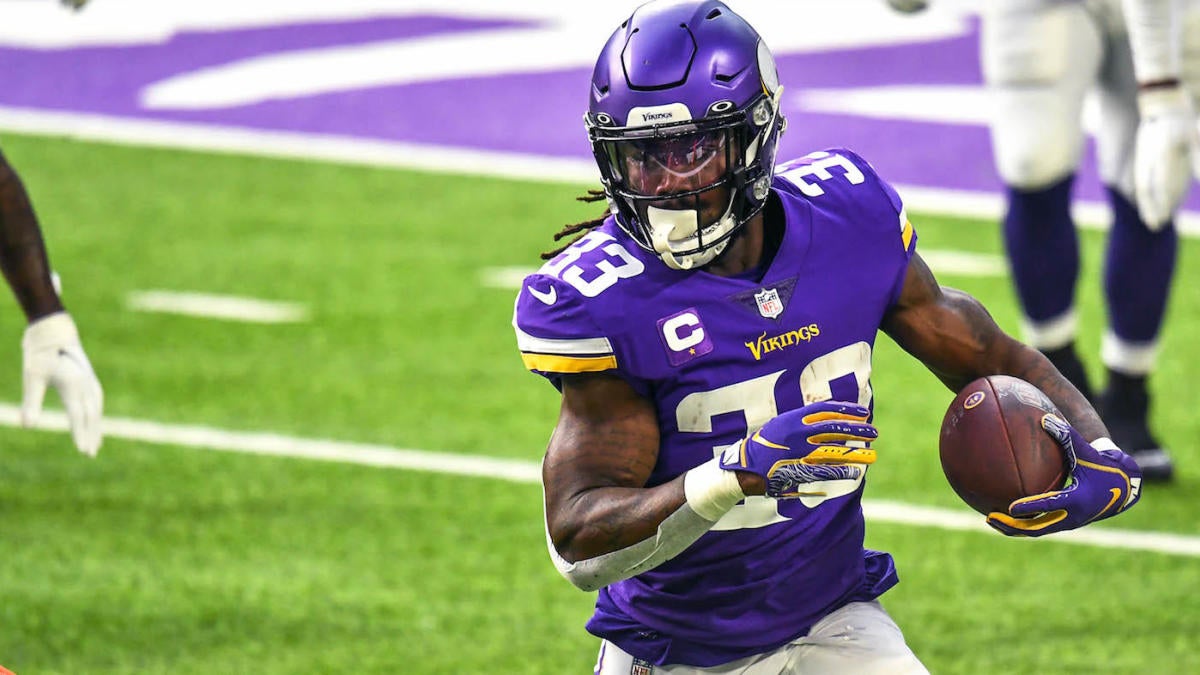 We’re into Week 13 of the 2021 NFL season, and injuries are once again a factor in several key games this coming weekend. The story of this week is running back (and running game) injuries, with several backfield players expected to be out of action. But we’re also likely to have some stars returning to the field, including an MVP candidate quarterback.

As teams turn in their final injury reports of the week, let this be your hub for knowing who is in, who is out, and whose status may still be up in the air leading up to kickoff. Below, you’ll find every injury report and analysis of what it all means for Week 12.

Whitehead’s absence is a potentially big one against Falcons tight end Kyle Pitts, especially if White also can’t play. White did get in a full practice on both Thursday Friday, though, a good sign for his potential availability. Marpet practiced fully on Friday as well, while Dean was a full participant all week.

Atlanta gets Deion Jones and Kendall Sheffield back for this game, which is good because the Falcons need all the help they can get against the explosive Tampa Bay offense.

While the Bears had a long week, it didn’t help them in the injury department. There are several big names that won’t be taking the field this Sunday. Robinson being doubtful is big for the offense, and while Fields is listed as doubtful as well, head coach Matt Nagy has already said that Andy Dalton will start in his place, per ESPN’s Adam Schefter. Smith will be a game-time decision, and he was a limited participant in practice on Friday with his hamstring injury.

The Colts’ final injury report is actually good news. While they have three players listed as questionable in Buckner, Doyle and Sendejo, all three were full participants in practice on Friday.

The Vikings have a few big absences here, with Cook and Darrisaw potentially hamstringing the offense a bit. Alexander Mattison has filled in quite well for Cook when he’s had to miss time and he should do fine in a solid matchup here, but the line could suffer without the left tackle. Kendricks and Barr would also be big absences, though the likely absence of D’Andre Swift for Detroit would make them less damaging.

Detroit could have a good chance at securing its first win on Sunday with some of the injuries Minnesota has, but the Lions have injury problems of their own. Swift has already been ruled out with a shoulder injury, as has starting linebacker Jalen Reeves-Maybin. There are some questions on the offensive line as well, as Nelson and Sewell are questionable to play. Both were limited participants in practice on Friday.

Mike Glennon will start in place of Jones, and he will be working with a skeleton crew of skill-position weapons. Jackson being out is hurtful against the Dolphins, as he was the most likely of the Giants’ corners to be able to keep pace with the speedy Jaylen Waddle.

Miami has a couple of notable defenders who are listed as questionable in Jones and Phillips. Both were limited participants in practice all week.

The Eagles would like to have Scott in the backfield toting the rock this week, but the real storyline is Hurts, who is questionable with an ankle injury. He was a limited participant in practice all week, which is somewhat good news, but we don’t know if he will feel good enough on Sunday to play.

Rankins and Wesco are doubtful for the Jets, and both did not practice all week. Every player listed as questionable for New York practiced as a full participant on Friday, except Davis, who was limited.

The Chargers are relatively healthy entering this matchup, but Brandon Staley would have liked to have his rookie cornerback, Samuel Jr., available. He will miss a second straight game due to a concussion.

Cincinnati could be down a couple of starters on the offensive line, as Hopkins and Reiff are questionable to play. Both have not practiced at all this week.

Collins’ absence is somewhat less damaging against the Raiders with Darren Waller likely to miss the game, but the Football Team could miss him in its attempts to stop the run. McKissic being out could set up Antonio Gibson for his largest workload of the season, though coach Ron Rivera hinted that Wendell Smallwood could play a McKissic-esque role on Sunday. The Washington offensive line has been better of late, so it’s worth keeping an eye on the Flowers and Larsen injuries.

It didn’t look good for Waller to suit up, as he did not practice all week due to back and knee injuries. Foster Moreau will take the No. 1 tight end duties. Keep an eye on the speedy Jackson as well, as he’s been in and out of practice this week with a calf injury. He’s questionable to play, along with Jacobs, who was limited in practice on Thursday and Friday with an ankle injury.

The Jaguars will be without Griffin for another game, as he is still dealing with his concussion. The offense could be lacking as well, as Robinson is dealing with a foot injury. He was a limited participant in practice all week.

Beckham Jr. is dealing with a hip injury, and is questionable to play. Even if he does suit up, one has to wonder how effective he will be. Henderson is questionable to play as well with a thigh injury. It’s interesting that Matthew Stafford was not listed on the injury report. He’s reportedly dealing with several different injuries, and did not look like himself against the Packers last Sunday.

The 49ers will be without Samuel after he suffered a groin injury last week, but it’s possible this will be the only game he misses. It appears San Francisco’s defensive star in Warner is in danger of missing this contest as well, as he didn’t practice at all this week due to a hamstring injury. He’s officially listed as doubtful.

No wonder the Seahawks were poking around the running back market, as three of their four backs on the active roster are listed as questionable for Sunday. Collins was a limited participant in practice on Friday while Penny and Homer were full participants. Not having Lewis on the offensive front would hurt as well. He’s listed as doubtful after missing the last two practice sessions of the week.

There’s not really a good starting point when it comes to the Ravens’ injury report. There are a total of 13 players with game designations and 11 are questionable. Among the 11 questionable, eight are on the defensive side of the ball. It’s not all bumps and bruises either, as an illness is apparently going around in the locker room. Young, Ferguson and Humphrey are all questionable to play due to a non-COVID sickness, and did not practice on Friday.

Pittsburgh would like to have Haden for this important AFC North showdown, but he’s going to miss another game with his foot injury. Ben Roethlisberger (pectoral/right shoulder) and Chase Claypool (toe) were listed on the injury report as well, but they were full participants on both Thursday and Friday and have no game designation.

It looks like it could be the Javonte Williams show during this week’s edition of “Sunday Night Football,” as Gordon is doubtful to play with a couple different injuries. Williams will need some blockers, however, and he has a couple of important ones in Risner, Bolles and Massie who are questionable to play.

Edwards-Helaire is questionable to play due to an illness. It appears he was fine until Friday, when he sat out of practice.