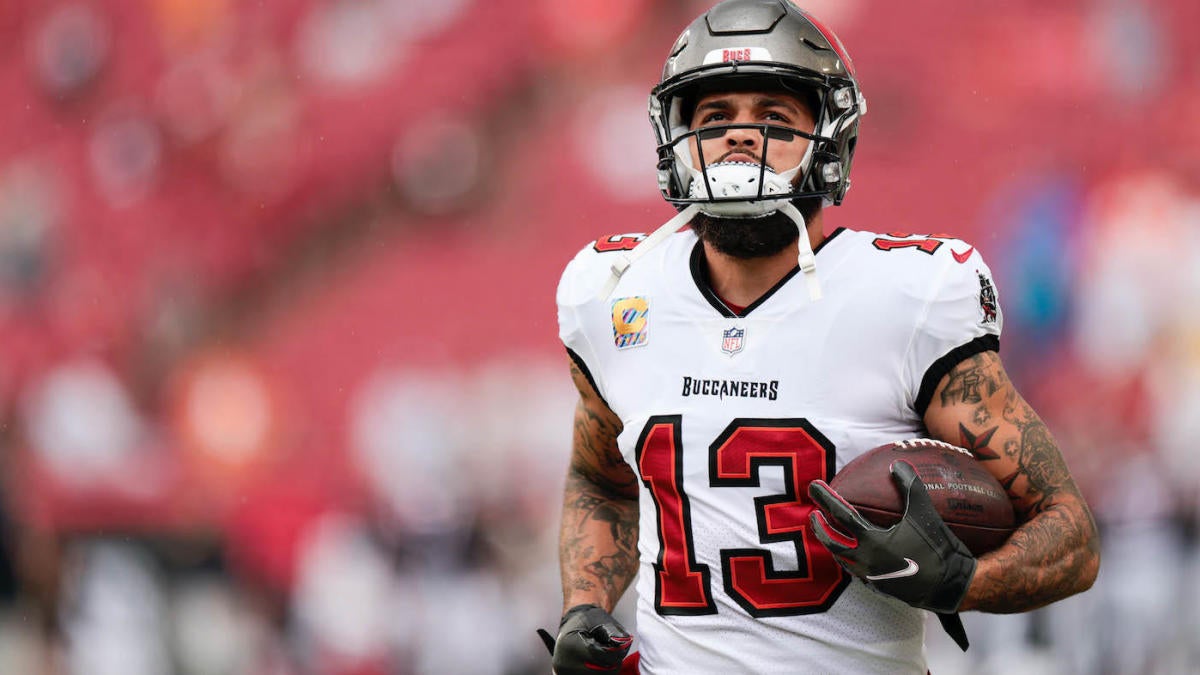 The NFL is attempting to manage copious amounts of positive COVID-19 tests, and several contenders are dealing with injuries as well. Bumps and bruises are beginning to mount, as all 32 teams are playing through pain. The Tampa Bay Buccaneers are one of those contenders trying to weather a rash of injuries, as they lost Chris Godwin for the season, placed Leonard Fournette on injured reserve and will be without star wideout Mike Evans this week as well.

Below, we will break down the final injury reports for all 30 NFL teams set to kick off this weekend. Remember, we have a Christmas double-header, so four teams will be playing on Saturday. If you have a question about who’s in and who’s out in Week 16, we have you covered.

The Browns are hurting defensively, and may be without their best player. Garrett is questionable with his groin injury and did not practice all week, while Johnson has already been ruled out with a hamstring injury. The Browns did activate Baker Mayfield and Jarvis Landry, so they’ve got that going for them.

For the Packers, Bakhtiari is not yet ready to make his 2021 debut. Wide receiver Equanimeous St. Brown on the other hand passed concussion protocol and is ready to roll. Green Bay also gets back defensive lineman Kenny Clark, who was on the COVID list last week.

The Colts will be without Sendejo and Kelly on Christmas. Sendejo is still dealing with a concussion while Kelly is attending to a personal matter.

For the Cardinals, the storyline is Conner, who did not practice at all this week and is listed as questionable. Thankfully, Arizona returned Chase Edmonds to the lineup earlier this month. Moore is another player to keep an eye on as well. The versatile rookie didn’t practice all week either.

The Giants placed Daniel Jones on injured reserve earlier in the week, which means Jake Fromm or Mike Glennon will be starting the rest of the way. Potentially getting Toney back on the field should be helpful, especially with Sterling Shepard now done for the year.

All Eagles except those on the reserve/COVID-19 list are healthy enough to play, including left tackle Jordan Mailata and running back Miles Sanders, who did not practice Friday.

The Jags put Josh Allen and Laviska Shenault Jr. (among others) on the reserve/COVID-19 list, so they’ll be out for this game. Linder is an important piece of the offensive line, and if he can’t go it would obviously have an effect on offensive performance.

The Jets will likely be without their top three wide receivers, with both Corey Davis and Elijah Moore already on injured reserve. They’ll also be without head coach Robert Saleh, guards Laurent Duvernay-Tardif and Alijah Vera-Tucker, and five defensive starters due to protocols.

Coach Dan Campbell said it’s highly unlikely that Jared Goff will be able to suit up for this game, so it’ll be Tim Boyle under center for the Lions.. Oruwariye has had a really strong year at corner, and his absence gives the Falcons more opportunity to find success in the passing game. It would obviously be of major help for Boyle if the Lions can get any or all of Raymond, Reynolds, and especially Swift on the field. Craig Reynolds has done a nice job running the ball the last two weeks, but Swift is a much more dynamic receiving threat.

Sharpe has been playing somewhere between 50 and 80 percent of snaps for the Falcons for the last two months, since Calvin Ridley left the team to address his mental health. If he’s out, it would presumably mean a larger role for Olamide Zaccheus and Christian Blake, and perhaps more snaps on the outside for Cordarrelle Patterson.

The Bills will be without both Cole Beasley and Gabriel Davis, as well as potentially as many as three starting offensive linemen, due to COVID-19 positives. Emmanuel Sanders is set to return from the injury that kept him out of last week’s game and Isaiah McKenzie can fill Beasley’s role, but the offensive line could be a major issue against New England’s pass rush. If Lotulelei can’t play, that could open opportunities for the Patriots’ ground game.

The Pats could be without both of their top running backs, which would leave the job to be split by Brandon Bolden and J.J. Taylor. Agholor’s absence means an increase in snaps for Harry if he plays, as Kendrick Bourne is somewhere between potentially and probably out due to COVID-19. We could see even more two-tight end looks from New England to get both Hunter Henry and Jonnu Smith on the field together.

The Buccaneers may have already turned their attention to the playoffs, as they will likely be without several important players on Sunday. No Godwin, Evans, Fournette or Lavonte David. Tampa will also likely be without Pierre-Paul, who is doubtful with a shoulder. The secondary is already an issue for the Buccaneers, and Dean and Sherman missing would only add to the Bucs’ problems.

Parham suffered a scary-looking injury last week against the Chiefs. Jared Cook and Stephen Anderson will likely soak up the majority of the tight end snaps in his absence. James is a versatile piece in the secondary whose absence would be quite noticeable, as it was down the stretch against Kansas City.

Houston has several players on the COVID list, including WR Brandin Cooks.

The Ravens are a M.A.S.H. unit at the moment. They have three offensive linemen somewhere between out and questionable. They’ll likely be without their starting quarterback again, as he didn’t practice all week. The backup missed Fridays practice with a non-COVID illness, as did two other players. It’s a mess. And this is a really important game against a division opponent, which enters the game much healthier than them after Joe Mixon was removed from the injury report.

Cornerback Darious Williams was initially listed as questionable for the Rams, but the team later corrected the report and indicated he has no injury status.

Minnesota’s Dalvin Cook is out for this game due to COVID-19.

Nick Foles is expected to start under center, with Fields potentially suiting up as the backup. He’ll be protected by Teven Jenkins on the left side of the line, with the rookie again filling in for the injured Peters.

The Seahawks enter this game relatively healthy. Tyler Lockett has been activated from the reserve/COVID-19 list, which is good news for the passing game.

Freiermuth will likely be replaced in the lineup by Zach Gentry.

All Chiefs not on the reserve/COVID-19 list are healthy enough to play, per the team’s injury report. Unfortunately, players whose status is still up in the air due to COVID include Travis Kelce, Tyreek Hill, Nick Bolton, Rashad Fenton, and Harrison Butker, among others.

Drew Lock will start under center for the Broncos. Denver’s linebacker corps has been decimated by injuries all year, and this week is no different. Not having Jackson could be an issue against Foster Moreau.

Waller seems likely to sit again, with Foster Moreau stepping into the lineup in his place. Noah Fant and/or Albert Okwuegbunam could be set up for a big game if any or all of Abram, Perryman, and Compton have to sit out.

The Football Team will be without a whole bunch of players on the back end for this game, which potentially gives the Cowboys passing offense another chance to get back into a rhythm. If Gibson can’t play, the running back snaps seem likely to be split between Jaret Patterson and Johnathan Williams. Samuel has barely factored into the offense this season due to his injury issues.

The Cowboys are healthier than they have been in a while. They split the left tackle snaps between Terence Steele and Ty Nsekhe last week, and could do so again here. Mukuamu is a special-teamer who has only been active for three games.