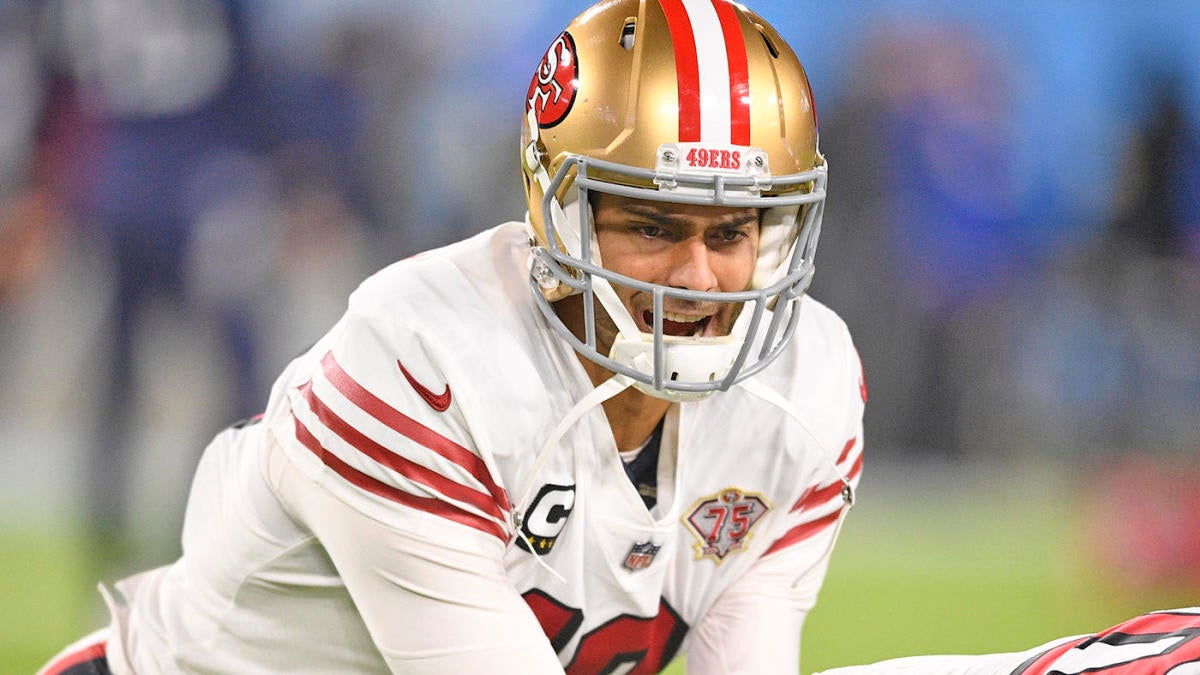 As NFL teams battle for their playoff lives with Week 17 on the horizon, the squads are also fighting the dreaded injury bug and the Omicron variant of COVID-19 sweeping across the entire NFL. The Washington Football team has taken a major hit with that, as starting running back Antonio Gibson has been placed on the reserve/COVID-19 list. He’s out for Sunday. The 49ers may not have Jimmy Garoppolo for Sunday’s critical game against the Texans, as Garoppolo has been listed as doubtful with a thumb injury. The Ravens are hoping that Lamar Jackson can suit up against the Rams after missing Baltimore’s last two games.

Only one team has clinched a playoff berth in the AFC (Kansas City Chiefs), so six playoff spots are up for grabs with two weeks to play. Two playoff spots remain in the NFC, but the San Francisco 49ers and Philadelphia Eagles can lock them up this weekend. Injuries will play a role for any of the 24 teams remaining in Super Bowl contention over the final two weeks (all teams not eliminated from the playoffs), making Week 17 all the more interesting.

Here is the final injury report for all the Sunday games heading into Week 17 (remember there are no Saturday games this week):

Washington placed starting running back Antonio Gibson on the reserve/COVID-19 list, so he’s out for Sunday. Jaret Patterson is expected to start at running back. With Jackson out and Daryl Roberts on the COVID list, Washington will be thin at cornerback heading into this week.

Sanders was unlikely to play with a broken bone in his hand, but there’s good news that Howard was given a questionable designation. Howard was limited in practice Friday, so there’s a chance he plays. Expect to see a healthy dose of Boston Scott for the Eagles with two of their top three running backs battling injuries.

Akers is in line to make his season debut after being a full participant throughout practice this week. Gains and Rapp were full participants on Friday after missing the week’s first two practices. Floyd did not appear on the injury report until Friday.

While Jackson is listed as questionable, the arrow is trending south after Jackson missed the Ravens’ last two practices of the week after being limited on Wednesday. Tyler Huntley is in line to make his third start of the season after being elevated from the team’s reserve/COVID-19 list earlier in the week.

Buccaneers assistant head coach Harold Goodwin says “there’s a chance” Evans plays on Sunday despite the wide receiver being “week to week” with that hamstring injury. Evans is a game-time decision. As for Brown, Goodwin says he may have tweaked his ankle a bit — but still has a chance to play Sunday.

Crowder hasn’t practiced all week for the Jets and was the only player given an injury designation.

The Titans will have receiver A.J. Brown for Sunday’s game after he was a full participant during Friday’s practice. Tennessee will also have lineman Corey Levin after he missed the Titans’ first two practices of the week with an illness.

Jacksonville has been ravaged with COVID-19, but got seven players off the list Friday, including Josh Allen, Laviska Shenault Jr., and Myles Jack. They still have over 20 players on the list.

Hightower and Phillips were the only Patriots that did not practice Friday that received a questionable injury designation.

Chiefs head coach Andy Reid made it simple with Clyde Edwards-Helaire, saying if he has confidence he can come back, he’ll allow the starting running back to “give it a go.” Reid also said Edwards-Helaire was “making progress” even though he wasn’t practicing this week. If Edwards-Helaire doesn’t play, Darryl Williams is in line to be the featured back.

Davis and Sample did not practice all week for the Bengals, so it wasn’t a surprise they were out. Joe Burrow has a right finger injury, but he was a full participant all week.

The Giants are getting a lot of players back from the COVID list, but still lack depth at receiver with Ross, Toney, and Johnson out — and Darius Slayton still on the COVID list. Kenny Golladay is the only healthy receiver on the active roster, so expect a few call ups from the practice squad.

Bears head coach Matt Nagy says Andy Dalton will start for Chicago even with Fields being questionable. Peters was a full participant in practice Friday, so it’s looking good he’ll be starting at left tackle.

Moreau did not practice for the Falcons all this week, so he’s a long shot to play Sunday.

Sanders was non-participant in practice for the Bills, despite the questionable injury designation. If he doesn’t play for the Bills Sunday, Gabe Davis and Cole Beasley will have an expanded role in the passing game. Beasley was removed from the reserve/COVID-19 list this week.

Each of Houston’s questionable players were limited on Friday. Moreland was able to practice on Friday after missing the week’s first two practices.

While rookie Trey Lance may be inserted into the starting lineup, the 49ers are hoping that Garoppolo will be under center on Sunday despite not throwing a pass during this week’s practices. 49ers coach Kyle Shanahan said that Garoppolo will attempt to throw over the weekend before the 49ers make a final decision on his status for Sunday.

The Chargers will have safety Derwin James for Sunday’s game after he missed practice time earlier this week with a hamstring injury. The Broncos will be without receiver Jerry Jeudy and linebacker Bradley Chubb after both players were put on the team’s reserve/COVID-19 list. Both Gordon and Williams were limited earlier in the week.

Erving missed practice all week, while Chandler was limited during the week’s final two practices. Burris and Carter were limited all week, while Henderson did not appear on the injury report until Friday, when he was a limited participant.

Goff did not practice all week, which means that Tim Boyle may be in line to make his third start of the season. Running back D’Andre Swift will play on Sunday after a shoulder injury sidelined him for four games.

Shell missed significant practice time this week, while Collins was also limited earlier in the week after being held out of last week’s game against the Bears. Regardless of Collins’ status on Sunday, expect DeeJay Dallas and Travis Homer to receive the bulk of Seattle’s carries against Detroit.

The Vikings won’t have Kirk Cousins for Sunday, as he was placed on the reserve/COVID-19 list. Sean Mannion will get the start over Kellen Mond. Dalvin Cook will be back after missing last week due to being on the COVID-19 list, as he was not given an injury designation.

No surprise Bakhtiari is out, but Alexander is one after being limited in practice all week. Aaron Rodgers (toe) was not given any injury designation. Neither was Aaron Jones, who is battling a knee injury and was limited Thursday and Friday.