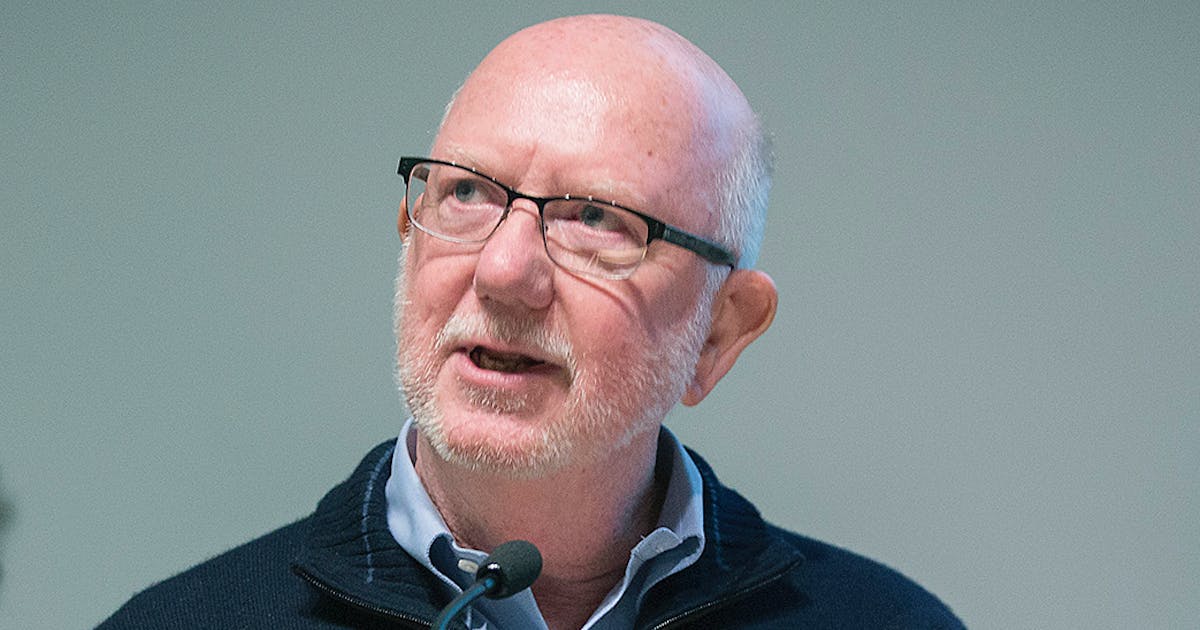 A St. Olaf College professor tapped to promote debate about “highly controversial subjects” through conversations with guest speakers is being removed from his leadership position a year early, reigniting debate of how colleges handle free speech.

Philosophy and religion professor Edmund Santurri was set to serve as director of St. Olaf’s Institute for Freedom and Community through August 2023, but the private college’s president, David Anderson, recently chose to rescind Santurri’s appointment. His term as director will now conclude at the end of this semester. He will remain an active faculty member.

Santurri said he thinks a February virtual conversation with Australian philosopher Peter Singer, and a campus uproar that surrounded it, was the “tipping point” for his removal.

Singer’s work has been credited for inspiring the animal-rights movement and encouraging people in wealthy countries to donate to global charities. But Singer has also expressed some highly controversial views, such as proposing that parents should have the right to end the lives of children born with severe disabilities.

“This institute is charged precisely with bringing to the campus … positions that the campus is not inclined to consider,” Santurri said. “That’s the whole point of the institute, so there are going to be controversies.”

The St. Olaf institute hosted Singer as part of its spring 2022 “contemporary controversies” conversation series. In March, the institute hosted John McWhorter, a Black Columbia University linguistics professor who has argued that certain anti-racist ideas can be racist and stifle debate, as well as a conversation between two prominent historians about the New York Times’ 1619 Project.

In an e-mailed statement, Anderson said Santurri’s removal was “not the result of the current Institute director’s decision to host any controversial speaker.” He noted the college let all of the institute’s spring events go on as planned.

“St. Olaf College fully supports the Institute and its mission of exploring diverse ideas, encouraging free inquiry and promoting civil discourse through a wide range of programs and events,” Anderson said. “The college is searching for a new director who will support that mission and seek to build the Institute’s profile, effectiveness and impact on our students.”

The Foundation for Individual Rights in Education (FIRE), a nonpartisan nonprofit that defends freedom of speech and academic freedom on U.S. college campuses, sent a letter to Anderson on Tuesday urging him to publicly recommit the college to honoring free speech and academic freedom. The group also asked that Santurri be paid all stipends he was set to earn during his directorship and that he be appointed to the institute’s advisory board.

“We have definitely seen an increasing number of cases at religious or other private-type schools where they have these dueling promises, and when the rubber hits the road and there’s a controversy, free speech and academic freedom are the first of those promises to go,” said Alex Morey, director of FIRE’s Individual Rights Defense Program.

At many U.S. college campuses, visiting speakers who are politically conservative or support controversial ideas have been met with protests and calls for their events to be canceled. Students protested conservative activist Ben Shapiro’s visit to the University of Minnesota in 2018. That same year, Shapiro was barred from visiting St. Olaf College on the anniversary of anti-racism protests that swept the campus.

The Singer event was met with swift backlash at St. Olaf. Students with disabilities, parents and disability support offices within the college denounced Singer’s views ahead of the virtual conversation. An online petition calling for campus community members to boycott the Singer event garnered 1,000 signatures.

“Peter Singer’s problematic views towards disabilities have no place at St. Olaf college and are harmful to the environment of welcome, inclusivity, and safety for disabled people in the community. We do not accept his blatant hate speech at our school,” the petition stated.

Shortly after Singer’s talk, Santurri said Anderson met with him and mentioned that some members of St. Olaf’s Board of Regents were unhappy with the event and the reaction it provoked on campus.

In late March, Santurri said Anderson told him his directorship was being rescinded and that he had “made more enemies of the institute” this spring semester. Santurri asked that he be appointed to the institute’s advisory board after his term as director ends, but his request was denied.

When asked about that comment, Anderson reiterated in a separate e-mailed statement that “the implication that the leadership change for the Institute is the result of hosting any controversial speaker is inaccurate.”

Anderson said the college decided last year it would begin searching for a new institute director this spring.

Santurri, the institute’s director since 2016, said he was not aware of any such plan. In fact, he said, St. Olaf extended his directorship through 2023 last July.

“They didn’t say anything to me about any plan,” Santurri said.

Anderson said he could not comment further on personnel matters.

The Academic Freedom Alliance, a national group of college and university faculty members, wrote a letter to Anderson saying his decision to remove Santurri runs counter to the institute’s mission and suggests it “will not be allowed to expose students and faculty to a diverse range of ideas about politics and society but will instead be sharply constrained so that it does not challenge campus orthodoxies.”

As the institute’s director for six years, Santurri said he has faced pushback and criticism from campus community members “every time we bring in someone controversial.” Last year, students criticized the college for hosting Bari Weiss, a former New York Times journalist who supports Israel, during Palestine Liberation week.